Women are entitled to 14 weeks' maternity leave in accordance with the Swiss Code of Obligations as well as a maternity benefit pursuant to the Erwerbsersatzgesetz (Income Compensation Act).

They receive 80 per cent of their average earned income before the birth for a period of 14 weeks, but no more than CHF 220.00 a day.

If the new-born has to be hospitalized for at least 14 days directly after birth, the duration of the maternity allowance paiement can be extended by the duration of the hospitalization not exceeding 56 days (up to a total of maximally 154 days). This right is reserved to women who pursue their gainful activity after the maternity leave.
Entitlement
Who is entitled to a maternity allowance?

Entitlement commences on the day of the birth and ends after 98 days at the latest. It ends prematurely if the mother starts working again before the entitlement period expires.

Leaflet 6.02 - Maternity benefit
Calculation
How much is the maternity allowance?

The maternity allowance amounts to 80% of the average earned income before the birth (or a maximum of CHF 220 a day for a period of 14 weeks). If the new-born has to be hospitalized for at least 14 days directly after birth, the duration of the maternity allowance paiement can be extended by the duration of the hospitalization not exceeding 56 days.

Calculate your entitlement to a maternity allowance using our online calculator.

In addition to the salary, extra pay (e.g. extra pay for shift/night work and dirty work allowance), the 13th month's salary and bonuses are also taken into account when determining the authoritative earned income.

In case of irregular earned income (e.g. working students, on-call employment), the calculation will be based on the average earned income over the previous 12 months (possibly also a shorter period).

If the employer continues to pay at least 80% of the salary during the entitlement period, the maternity allowance will be paid to him or her.

If the mother is self-employed, she sends the application directly to the compensation office.

Unlike the maternity allowance (Switzerland), maternity insurance benefits are also paid in case of adoption via the Geneva Maternity Insurance Scheme.
Adoption Allowance
Employed persons who take in a child under the age of four for adoption are entitled to two weeks of adoption leave. In return, they receive income compensation. If both parents are gainfully employed, they can freely divide the two weeks' leave between them. There is no entitlement to benefits in the case of a stepchild adoption. 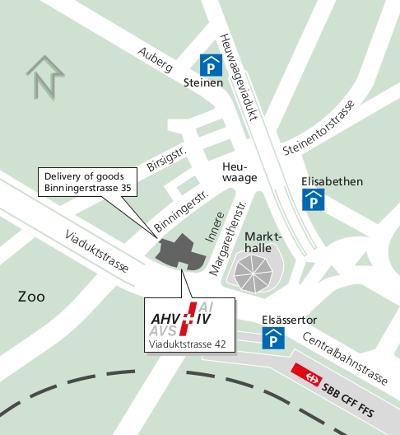